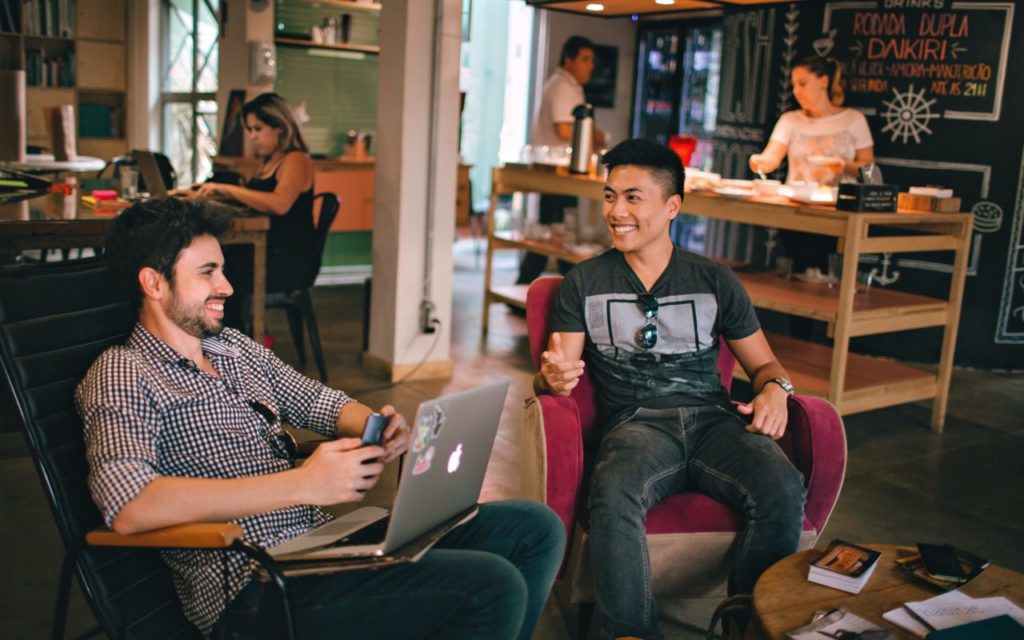 I want to teach you a method that I’ve learned for staying in touch and maintaining relationships with literally thousands of people and always knowing how to reach them. But first, we should start with a story.

Robin Dunbar is a very smart man. An anthropologist and evolutionary psychologist, Dunbar’s fame largely focuses around a single number; 150. The theory of Dunbar’s Number posits that 150 is the number of individuals with whom any one person can maintain stable relationships.

The genesis of Dunbar’s theory was a man by the name of Bill Gore. You probably have heard of his product. It’s called GORE-TEX. Gore found that in his factories, once a building contained more than 150 people they were less likely to work together as a team. Dunbar focused his research largely on the success of Gore, but he also found similar results in other communities such as Native American tribes, military units and Amish communities.

But there’s one thing that people who quote Robin Dunbar tend to ignore – Buckets.

Drops in the Bucket

It seems like every few weeks we’re inundated with yet another social network. The Internet, for all its glory and ability to connect us, should be putting a serious tax on Dunbar’s Number. Though if we look at the world in which we live, that doesn’t seem to be the case.

The average Facebook user has 338 “Friends”. The issue on LinkedIn is even more pronounced, where the number is over 900. Depending on factors such as the age of the address book, the line of business of the owner and others, the network-focused professional will add around 250 new contacts every year. When you start adding all of these together, the total number of people in your network can get staggering in very short order.

These networks shouldn’t be sustainable. They shouldn’t add value. But if they’re handled correctly, they most certainly do.

Now let’s put those numbers into Bill Gore’s context. If you look through your Facebook friends, there’s a good chance that you can break them out into buckets. I have a few family members, a number of people with whom I’ve connected because of music, and quite a large group of fellow reef hobbyists. So while I’m connected to 220+ people on Facebook, I maintain relationships with most of them because of the metaphorical buildings in which we work.

The same is true for LinkedIn. Over the course of my 20-some years in the workforce, I’ve made connections in radio, marketing, blogging, advertising, automotive sales, and more.

When I look at my Contacts+ address book, I can see that I have 3,160 people in my Unified Contacts. But the vast majority of those 3,000 people have Tags assigned to them so that I can quickly find who I need based upon profession, interest, or other defining criteria.

Are you ready to give your network a new purpose in life? Then read on and let’s talk about how to put Dunbar’s Number in its place.

After reading about Bill Gore, I spent a bit of time reorganizing my network. I realized that there’s a truth to the idea of people working together, so I broke down my contacts into their own “factories”, separated by Tags in Contacts+.

To start this process, I made a list of the different areas in which I frequently find myself either working or asked to make a connection. I ended up with 9 different Tags with titles like CEOs, VCs, Angel Investors, and Media.

The difference between my approach and Bill’s is that some people “work” in more than 1 factory.  In my network, if someone does their job in a few different factories, and if I search for them in Contacts+, they’ll belong to multiple different Tags that are meaningful to me.

Across my address book, I have nearly 4,000 contacts. Obviously, I don’t have a close relationship with all of these people, but by adding people to Tags I’ve found almost 2,500 that I know well and keep in touch with on a regular basis. Though interestingly, Dunbar’s Number does come into play. I’ve found that there’s not any one tag that has more than 150 people assigned to it.

Here’s where discipline comes into play, but I promise that it’s not as bad as it might seem. Now that you’ve filled your Tags, you need to stay on top of them. Set aside a few minutes each week and go to your “sent” folder in your email. Look at who you’ve emailed and then add them to the appropriate Tags. If you’re a bit more on the ball than I am, you can do this as you go through your week (Contacts+ for Gmail even lets you Tag someone and add them to your address book before you’ve replied) but that’s a skill that I’ve not yet mastered.

Taking things one step further, I’ve devised a sort of CRM system with the Tags feature. When I’m starting to build a relationship with someone, I’ll assign a Tag to them and I’ll name that Tag something like July 30th. I know that sometime during the week of July 30th, I need to drop that person an email, or give them a phone call. I’ll add a new note to the person, and then I’ll erase the July 30th Tag.

Sometimes I’ll add a new Tag, for a few weeks or months down the road, but eventually, the dated Tags go away and I just add them to my factories.

The process of networking is one of building relationships. Like any relationship in life, building your network is going to take some effort, but the payoff is huge. Taking time to organize your contacts, and then to stay in touch with them gives you a definitive advantage over the vast majority of people that you’ll meet on any given day.

Any factory is only as good as the tools that it uses and the workers that operate them. Your network is no different. Use the tools that help you focus on building relationships with the right people and be amazed at what you produce.

There’s a lot of truth behind the theory of Dunbar’s Number. The fallacy is the power that we’ve given to it. Spend a bit of time building your factories and you’ll quickly find that your relationships will pay you back much more than you’ve ever invested into it.