Business Cards: You're Using Them Wrong

A couple of weeks ago, I had the chance to talk to Dave Delaney of Futureforth. Dave is one of the smartest people that I know when it comes to networking, so I wanted to pick his brain about how to build a network that really increases your net worth, rather than just piling more drops into a bucket. One thing that he said really stood out to me above all the rest, and in fact it’s even changed my mind about business cards, so I wanted to share it with you.

Now before this turns into a Steve Jobs “you’re holding it wrong” moment, let me clarify what I mean when I say that you’re using business cards all wrong. First, let’s think about the typical exchange of a business card:

Someone walks up, you shake hands and introduce yourself. You chat for a moment, exchange cards and then shove the card into your bag to await the next greeting. The card goes home, sits on your desk and eventually gets tossed.

Connection failed. But we can use a bit of psychology and behavior modification to make business cards an awesome tool.

For this experiment you’re going to need a pen. Yes, one of those things that you tossed into a drawer and stopped using years ago. You’ll need a pen because you’re going to write on the business cards that you get. Study after study has shown that writing with pen and paper helps us to retain far more knowledge than when we type. There’s a pretty great article on the subject over at Lifehacker. Bookmark it for later, but here’s the part that’s important:

Writing stimulates a bunch of cells at the base of the brain called the reticular activating system (RAS). The RAS acts as a filter for everything your brain needs to process, giving more importance to the stuff that you’re actively focusing on at the moment

Now that you have your pen, it’s time to heed the words of John Arnold, our VP of Marketing.

Stage 1: Fully connect with everyone you meet (whether you’re networking or not)

What this means for you is that you’re going to have to shift your behavior. Rather than focusing on meeting the maximum number of people that you can, set your goals toward truly connecting with every person that you meet. Instead of shaking hands, exchanging cards and moving on, take a few minutes to really talk to the person. Remember what they discuss with you because those are the issues that are important to them. When they leave, instead of shoving their card into your bag, write down what they talked about on the back of the card first.

This is the part that Dave mentioned to me, and I’ve found it to be incredibly powerful. Over the past three weeks, I’ve met and had true connections with seven new people, and that’s all been while I’ve worked from home. In every instance, I’ve hand-written notes about our conversation and I can remember more about what we’ve discussed than I’ve ever been able to recall before.

[getImage id=”” class=”alignright size-medium wp-image-9448″ src=”/wp-content/uploads/2015/07/psycho-cybernetics-219×300.png” width=”219″]You’ve probably heard that it takes 21 days to form a habit. This nugget of wisdom has been stated as fact for years. Unfortunately it’s not quite true. It’s a twisted interpretation of Dr. Maxwell Maltz self-help book from the 1960s wherein he suggests that it would take about 21 days of practice to form any new habit. In reality, studies have found that because we’re conditioning ourselves to a new behavior, the number is going to be different for everyone and often times much longer than 21 days.

When you start taking notes on cards, you’ll almost immediately start feeling more connected. That’s the honeymoon phase and it comes on fast. But the fight through phase (where I am now) is a challenge. I’m having to get outside of my shell, I’m having to open up to people and take a genuine interest in them. However it’s already getting easier, but it’s not yet to the point of being second nature for me. I’ve stumbled a few times, but I’ve not yet given up.

Putting It To Work

For me, I knew that there had to be a better way to fully connect with the people that I was meeting. I knew that if I put the right tools to use in a different manner then I could create real relationships. My arsenal is a combination of a pen, business cards, a notebook and my FullContact account. My personal method looks like this:

1 – Meet and Greet: I take time to talk to every person who walks up to me. I make sure to listen (instead of waiting to talk) and then I ask them questions.

2 – Take Notes: Sometimes it’s fine to take notes when you’re talking to people, but Dave cautioned me against assuming that it’s always OK. Apparently it’s incredibly offensive in some cultures. My typical way around this is to pull out my notebook or their business card and say something like “do you mind if I take notes so that I can make sure to remember what we talked about?” I’ve never yet had someone stop me, and most people seem to appreciate the attention.

3 – Scan The Cards: FullContact Card Reader is (predictably) my weapon of choice here. Before I’m done for the day, I’ll take a couple of minutes to scan the cards that I’ve collected so that they’re turned into contacts inside of my FullContact account.

4 – Make Notes: Here’s the part where FullContact works its magic for me. If you read my last blog post, you might remember that I have a system for keeping in touch with thousands of contacts on a regular basis. The Notes and Tags functions of FullContact are my saviors. When I get back to my computer, I take the notes that I’ve written and I transcribe them into FullContact’s Notes section, then I set a Tag for the date that I need to follow up with someone. I rarely ever have to manually add a new contact because Card Reader took care of that for me.

5 – Follow Through: All of these steps amount to nothing if I don’t keep up with my own system. So each Friday I take a few minutes to set calendar reminders to follow up with people, and another calendar reminder to prod me into transcribing any notes that I’ve missed through the week. I’ve found that taking time on Fridays helps me feel less stressed going into the new week, and of course the connections have been great as well.

Business cards get a lot of hate, and there’s a new “business card killer” on the market every few months. But try as the world might, we can’t seem to kill the card. There’s a lot to be said for using the right tools in the right way and perhaps the answer is that we’ve just been doing it wrong.

Have some networking tips and tricks of your own? We’d love to connect with you and read about them, so drop them in the comments below. 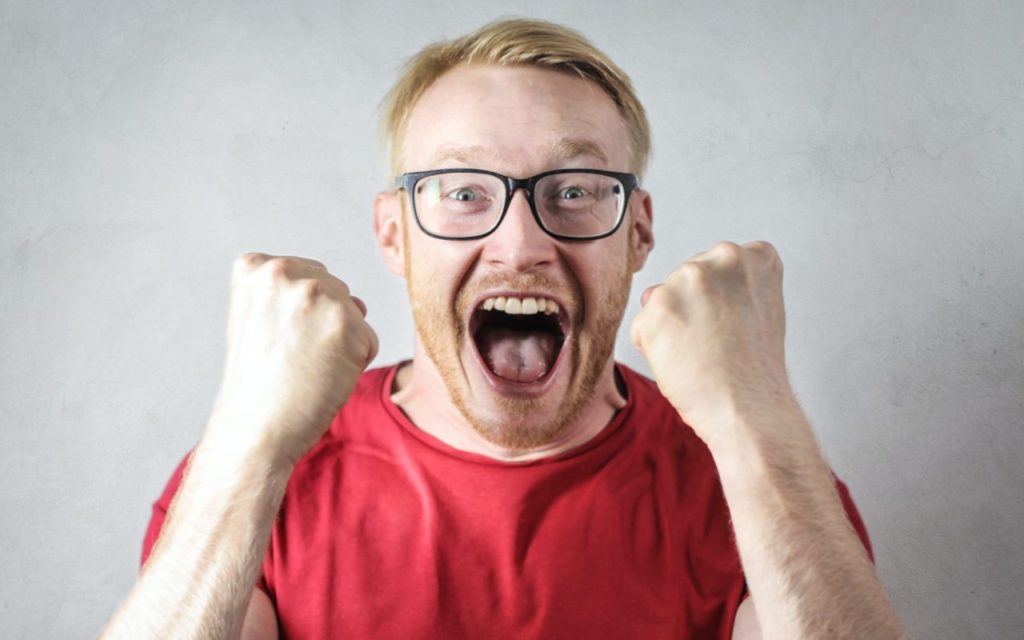